Listowel is a thriving inland town on the banks of the River Feale. In the town are the ruins of a castle which belonged to the Lords of Kerry, and was the last to hold out against the Elizabethan forces during the Desmond revolt; in 1600 it was taken by Sir Charles Wilmot, who put the garrison to the sword.

Activities and attractions include:

There is a literary and cultural centre with a theatre which features Irish traditional music and an exhibition. 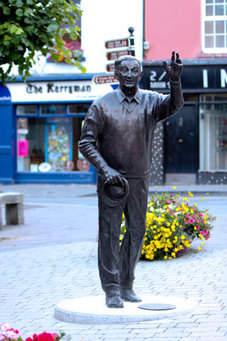